Common Signs of a Problem with Your Water Heater

Having a water heater failure can be catastrophic any time of year, but a flooded basement and cold showers might be especially terrible during the cold winter months. Rather than waiting for your water heater to fail, keep an eye out for these potential signs of a problem and call an experienced plumbing contractor in Utah to come make repairs or replace it with a new one.

Most water heaters are designed to last around 10 years, but if you didn’t build your home or install your current water heater, you can still find out how long it’s been around by checking the serial number. In the most common serial code system, the first letter represents the month it was manufactured (For example, A is the first letter of the alphabet so that’s the first month (January), D is the fourth letter so it’s April, the fourth month). The next two numbers are the year of manufacture, so if it says J14 that means it was made in October 2014. If yours looks different, check the manufacturer’s website to find out more.

All water heaters have sediment build up over time. As this sediment gets heated, cooled, and reheated, it hardens and can make banging or rumbling noises. In some cases you might be able to have a Salt Lake City plumber drain the water heater and clean out the sediment, but if the unit is old and you have significant buildup, you might need to replace it. Even if you think the sound isn’t that bad, keep in mind that leaving sediment buildup in your water heater can reduce efficiency and cause more extensive damage over time, including cracks and holes in the tank.

3: Do a Visual Water Inspection

Water heaters stored in the basement could have small amounts of condensation that build up, especially in an unfinished basement where the air outside is cold, but if you notice water building up around the tank on the floor, it could be a crack in the tank. You should call a Utah plumbing contractor to inspect the tank as well as the fittings and connections around the tank for any signs of damage.

Know the signs of potential damage to your water heater so you can avoid a complete breakdown and call a plumber if you notice a problem. 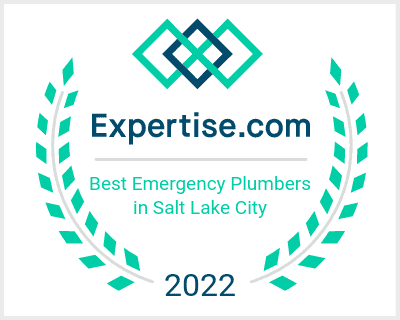